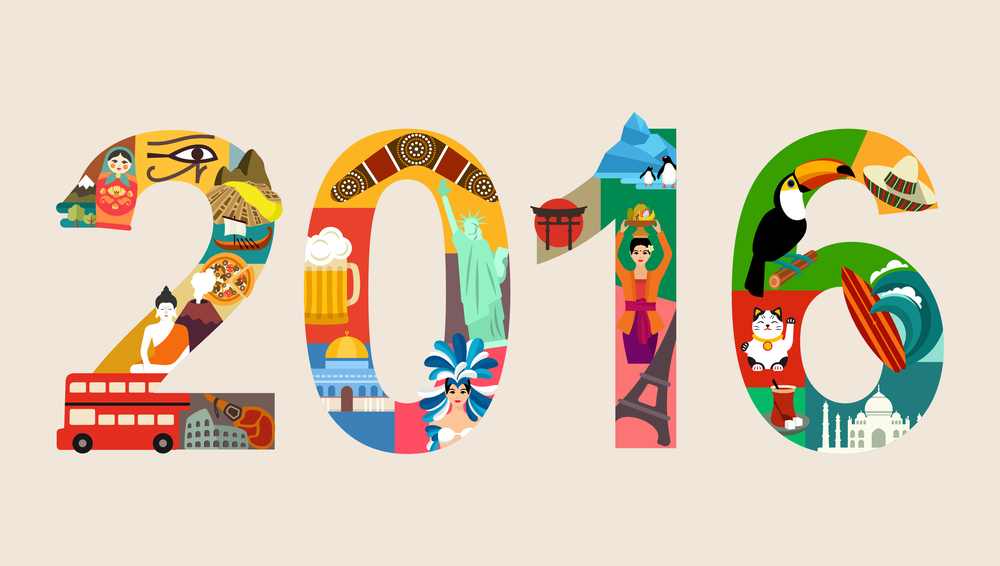 Giving out employee office awards at the end of the year is a great way to celebrate the year and boost moral. While traditional office awards are tried and true, you may be wanting to spice things up with some relevant, clever superlatives.  Some consider this year quite the trainwreck, so let’s bid farewell with these office award ideas- 2016 style.

Coming to you from the presidential debates, The Moderator Award goes to the person in your organization that easily mediates issues between fellow employees or properly elevates issues so they get fixed.

Amy Schumer had a rockstar year in 2016. If there’s a funny lady in your office, give them this award.

This award should go to a team (ideally five) of employees that came together, worked hard, and got stuff done. Inspired by the goal medal winning USA gymnastics team, this is quite the honor.

This award is inspired by the hit show Stranger Things (if you haven’t seen it, do it!) The Eleven award could be awarded to someone who came from another business and adapted quickly or to someone who sent an evil client back to the underworld.

Inspired by allll the recent reboots (Fuller House, Gilmore Girls), this should be awarded to someone who was maybe stuck in a rut, but changed their attitude and came out a stellar employee.

@Goodful slays! These are a nice healthy treat – follow them for more healthy eats! Chocolate Peanut Butter Balls Serves 12 INGREDIENTS 1 cup all-natural peanut butter 1 cup almond flour ⅓ cup honey 1 teaspoon vanilla extract ¾ cup dark chocolate chips PREPARATION 1. In a medium bowl, mix together the peanut butter, almond flour, honey, and vanilla extract until the mixture thickens and sticks together. 2. Roll the mixture into balls half an inch in diameter. 3. In a small bowl, melt the dark chocolate chips in the microwave no more than 15 seconds at a time. 4. Using a spoon or fork, dip the peanut butter balls in the melted chocolate and toss to fully coat. 5. Transfer the balls to a wax or parchment paper-lined baking sheet and refrigerate at least one hour. 6. Enjoy! NOTE: For this recipe, be sure to use a no-stir, all-natural peanut butter.  Using a natural peanut butter that separates may cause the ball mixture to be too loose.

If you haven’t been bombarded with delectable Facebook food videos, you’re missing out. This award should go to someone who is always bringing in food to the office. We salute you!

Star Terk forever! If anyone on your team is both smart and a Star Trek lover, this is the perfect award.

This award should go to a dynamic duo in your office.

Be sure to show them a popular duo karaoke video as you present this one.

If there’s someone on your team that has been kicking butt for years, they deserve the better than Phelps award.

In honor of Leonardo Decaprio who finally got an Oscar, give out a perseverance award to someone who has been pushing for success for a long time.

This one’s in honor of LeBron James and the entire Cleaveland basketball team. They were facing a 1-3 win/loss ratio when they came back to win 3 consecutive games and the national championship. This award could go to a person who brought culture back into the company or came back from a tough personal experience.

Did someone turn lemons into lemonade this year? Good! This fits perfectly into the viral Beyonce HBO special that was released last April.

For the most polite person in your office, who always holds the door for people.

Pokemon Go was the app of the summer. Nintendo stock shot up, people got outside, business were attributing growth to the game. It was (and still is) impressive. This award should go to the person that grew the most in your company.

There you have it. Hopefully, these inspired you for your end of the year company party. If you’re looking to present physical certificate papers, stop by PaperDirect. We offer all styles and colors of certificate paper.

7 Ways to Recognize Your Employees for Under $10

Save 20% on Slide-In Certificate Plaques!