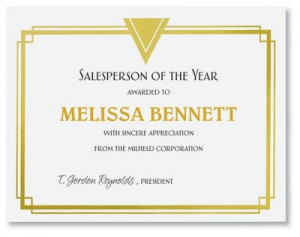 As with every department in an organization, especially in this economy, trying to find ways to make that dollar go as far as possible has become more important than ever. However, finding ways to improve team morale is just as important. Even more so, actually, as morale is impactful enough that cutting a few dollars here and a few dollars there can mean the difference between having a job and having a company that has to shut its doors. Even when it comes to something as seemingly unimportant as the employee recognition budget, making sure you’re getting your money’s worth is a definite key to success.

Right off the bat, one would think that dropping an employee recognition program 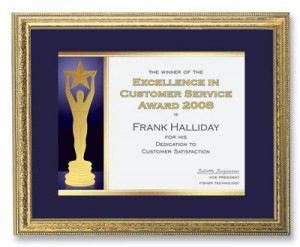 altogether would be the best way to recoup those dollars. The truth is that will cost the company more dollars in terms of lowered team morale and decreased productivity than it would if the employee recognition budget were actually increased. Employees need to have that recognition and acknowledgment that the team’s efforts are being noticed and that the company actually cares. Without that recognition, it affects how they feel about working for the company and their overall attitude. So that means cutting the program out completely is the absolute wrong answer as a way to improve team morale.

The best way to improve team morale is to show the company appreciates their efforts. While the team also understands the need to economize, that need for recognition to build and keep team spirit is worth the money. With the difficulties everyone seems to be having, there is a level of gratitude that there are jobs to begin with, let alone one with extravagant bonuses, perks and benefits. However, even with that need to economize, employees still need that recognition. That means finding the ways and means with the existing employee recognition budget to give out the awards and rewards that will keep morale from slipping.

That’s where doing such things as printing your own certificates and awards in-house comes into play. Also, using inexpensive, but personalized, employee gifts can be used as incentives and rewards that will improve team morale. The need to recognize the efforts and accomplishments of the employees is important, however that doesn’t mean you have to spend tons of money to do it. The employees appreciate the recognition as much or more than the award that memorializes it.

Writing a Thank You Note at Christmas

Inexpensive Certificate Awards for Any Occasion