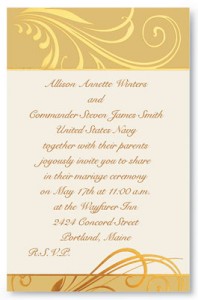 For brides and grooms who are members of the armed forces, the following formats apply for military wedding invitation wording. 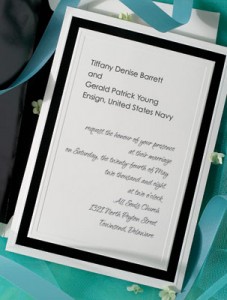 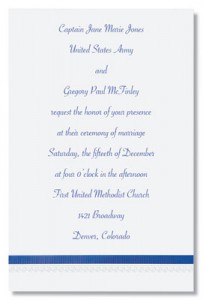 Regardless of rank, military weddings are amazing occasions that be celebrated and respected. Using the correct wording for your military wedding invitations will help set the tone for the entire event. Use the above tips to do it correctly. Still have more questions? We recommend this site to address any further concerns. Congratulations! We wish all military brides/grooms-to-be many happy years together.

How Many Wedding Invitations Do I need?

Got Writer’s Block? Here’s What to Say in a Wedding Thank You Card