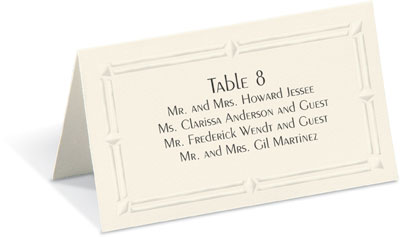 If you’re the one who has been assigned with the task of organizing a company benefit, you will likely feel as if you’ve got your work cut out for you. A typical office environment can play out a bit like a soap opera, and if there are guests from out of town, or even International visitors, it can make the task that much more challenging. When figuring out how to approach place card etiquette, it is best to take things one step at a time.

In the United States, seating at a business banquet or similar event has not always been a big concern. In other countries, for example China, this is taken very seriously. The driving force for making a seating chart is honor, or the perception if it. If a company gets this wrong, future business dealings could be put at risk, potentially costing the company money. 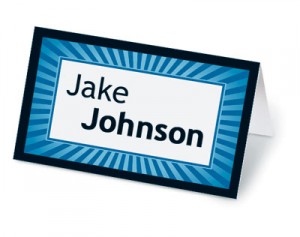 Identify who is supposed to be considered the host, and sit them near the head of the table. Many suggest that the host should not be exactly at the head because it invites a separation between the host, guests of honor, and other people who are attending the meeting. The most honored guest should be seated to the right of the host, and the next most honored should sit on the their left.

Several things might put a person in position of honor including position in the company,

Of course, everyone wants to feel important, therefore there needs to be a protocol in place that will keep some members from feeling as if they are so far down the totem pole that they are insignificant. If there are any tense relationships within the group, for example colleagues that were once in a relationship, care should be taken to see that their place cards are not next to one another. 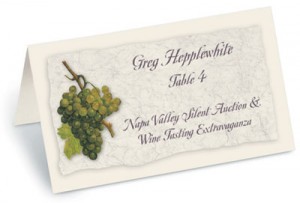 The name you put on the place card is also important because it makes an impression and can play a large role in how much a guest or colleague feels respected and appreciated. If the banquet is an event where all parties may not know one another, tent cards should be used rather than flat cards. This means the occupant’s name should both face them and face outwardly in order to allow for networking.

Place card etiquette dictates that the formality be consistent throughout the addressing of the place cards. The most formal will have a title, and the full name of the guest, i.e.. Mr. Michael Jones, rather than Mike Jones. If he is the only “Mr. Jones” this is all that needs to face his place setting.

Whatever method you use, stay consistent. You may want to be formal for the top 3 or 4 guests of honor, and informal for subsequent guests. Much of the decision will depend on the company culture. A person’s everyday email signature may also indicate the appropriate way to address their card.

In many cases, guests may not agree with seating arrangements, and may want to move a place card. Doing this without consulting the host is not advisable, and may make that employee seem unprofessional. However, guests that do make requests should be accommodated.

Regardless of the tone of the banquet, place cards need to look professional, and you can see that this is taken care of by ordering from Paper Direct. There are several designs to choose from, and the cards can either be ordered blank or preprinted, whichever is preferred.