Who Knew? Fun Facts About Paper of the Past 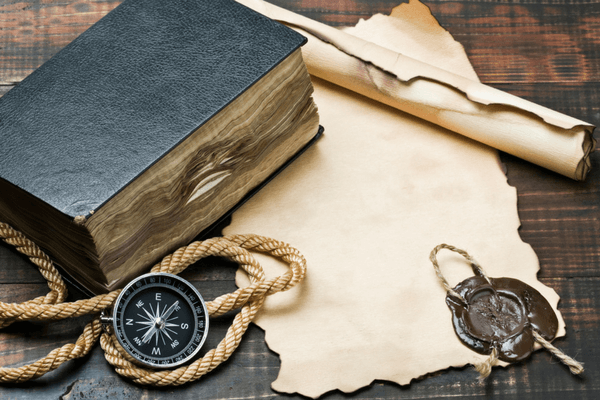 Since the beginning of time, mankind has struggled to find the perfect way to express himself. Once spoken language was mastered, the struggle to put those words on something permanent began.

Artisans throughout history used everything from clay and papyrus to wood and slate in the search for a permanent, but portable means of communicating through the written word. Then, in 105 AD, paper was invented, and the world would never be the same again.

Let’s take quick look at the life of paper from its humble beginnings to the prominent product we know and love, today!

The Japanese and Koreans Gave Paper Its Signature Look. In 610, paper made its way to Korea and Japan. There, craftsman developed a process using heavily beaten and treated fibers from the mulberry tree to create the high quality and characteristic look.

Arab Communities Created Thin Sheets of Paper. Without mulberry trees, Arabian men and women extracted pulp from the ground and then strained it through screens made of reeds. The product was the thin paper we know today.

Italian Papermakers Turned Paper into a Business. In the 14th century, Italian businessmen implemented innovative machinery like a stamping mill, wire mesh molds, a technique for drying paper on ropes, and more to make paper more common and less expensive.

Johannes Gutenberg Invented the Printing Press in 1440. In the 15th century, Johannes Gutenberg created the printing press and ignited a period of feverish learning that kicked off some of the most important discoveries in history. And he couldn’t have done it without paper.

Paper Mills Were Commonplace By the 16th Century. Paper had become so integral to daily life by the 1500s that jobs provided by paper mills formed the backbone of some communities. Germany, for example, was home to 190 paper mills alone.

In today’s increasingly digital world, it can be easy to forget how important a simple roll of paper was (and still is) to society. No matter how many screens you look at on a day-to-day basis, there’s a magic to paper that will never really become obsolete.

How to Hold Engaging, Useful Meetings Each & Every Week