5 Punctuation Rules that are Made to be Broken

The only people who do not find punctuation sticklers to be, well, just plain annoying, are the nitpickers themselves. Although we do need punctuation rules simply because misplacing a comma or period can create serious miscommunication issues, some punctuation rules are made to be broken. Here are five of them:

1. Comma dilemma over whether to use a comma after an introductory clause or phrase. For example, punctuation fanatics insist that this sentence is correct: The play was over, but everyone wanted an encore. What makes the difference if a comma is placed after the word “over?” The sentence implies the same idea without the comma and it is one less thing for the writer to worry about when writing items like brochures or award certificates that need to be informative and meaningful. Break this rule!

2. Oxford commas, or putting an unnecessary comma (again) in a sentence because Oxford University says to do it. This only applies to sentences listing least three items, i.e., She detests broccoli, spinach, and peas. Notice the “Oxford” comma after the word “spinach”. However, omit the comma and the sentence reads the same. Break this rule!

3. Are semicolons really necessary? Do two independent clauses really need connected by a funny-looking dot with a tail? Why not just put a simple period in between independent clauses like this: Sharon worked hard to finish the essay on time. Consequently, she missed her favorite television show. Break the rule!

4. Punctuation police hype the hyphen as a necessary evil that should join two words serving as one adjective. However, does anyone care if there is a hyphen between “chocolate” and “covered” when describing raisins? Ask anyone if “chocolate covered raisins” and “chocolate-covered raisins” mean the same thing and you will get an across the board answer–yes Break the rule! 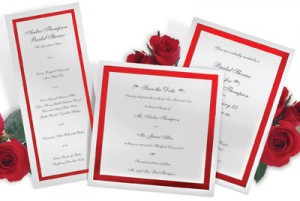 5. Last punctuation rule everyone should break deals with the number of spaces expected to separate a period, exclamation point, question mark or colon–two. Why? When you need extra space for inclusion of more important words (information on business cards or invitations, for example)–break that rule!

Want sensible advice on punctuation etiquette for printed paper communications that can contribute to establishing your company’s brand name? Get it and more by visiting PaperDirect for all your designed paper needs.

4 Tips to Brand Your Business

How to Make a Professional Company Letterhead