Your Employees – Why They Can’t Perform

At times during the growth process of a business, there seems to be points where employees just don’t seem to be productive enough or that they care enough about the business to help you as the employer make it a success. That “in it for the paycheck” mentality seems to have set in and it doesn’t seem to matter what you do as an employer to try to get more out of them. Sitting them down and talking to them on a one-on-one basis doesn’t seem to be effective, and even the threat of cutting hours or other disciplinary measures actually appears to make things worse. So what are you as the employer to do to try to get your employees to perform better and to be more productive?

Now, granted, there are some who just don’t have the right education or training for the job they’re doing. The best way to fix that is to get them what they need in terms of education and training so they do have a better understanding of what they’re supposed to be doing. Others, however, require a bit of motivation to get the levels of performance out of them that they have the potential for. 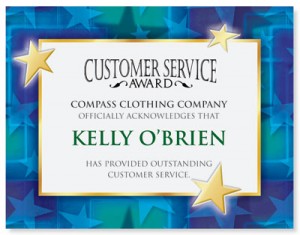 That’s where employee recognition comes into play. Giving those positive incentives like bonuses, perks like prime parking spots, letters and certificates of recognition for improvement, for productiveness and for overall superior performance can give them the desire they need to be as productive as they should be. Giving them incentives, or the recognition they need to get to those levels doesn’t have to be expensive either. Many times, a note in with their paycheck is enough to keep the ball rolling, and nice bonuses at the end of a quarter or year really does go a long way in giving the average employee the incentive and impetus to become a good one, and can encourage the good ones to become great.

All in all, a little bit of money invested in employee recognition pays for itself time and 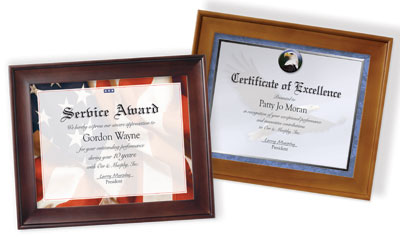 time again through employee improvements. The return on the investment for encouragement dollars far outstrips even the best sales day, so invest a little in your employees with a great employee recognition program. You’ll be amazed at the results.

10 Award Ideas That Fellow Employees Can Vote On