When you have to be at work in the days leading up to a holiday, the least you can do is plan a fun event to keep everyone’s spirits high. This Thanksgiving, have an office potluck earlier in the week, or the week before. Not only will you get to eat delicious food, but you can also take the chance to try one of these Thanksgiving potluck recipes and see if it’s one you want to make again on Thanksgiving day! 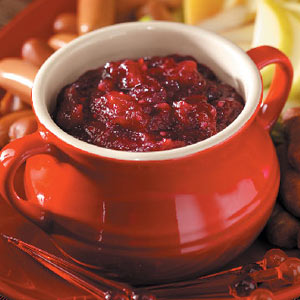 1. Cranberry Dip: Someone always arrives a bit early for a potluck, so stave off hunger with a delicious spicy cranberry dip! Adding some horseradish, honey, and lemon to a classic jellied cranberry sauce turns it into something special. Serve it with miniature hot dogs and apple slices for dipping.

2. Roasted Brussels Sprouts: Even people who don’t typically like Brussels sprouts can’t refuse these delicious ones! An additional perk is that you’ll only need to spend about 10 minutes of active time making them. Here is a great recipe for roasted potatoes and Brussels sprouts! 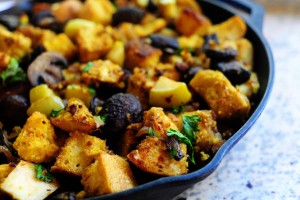 3. Cornbread Dressing: Instead of the typical stuffing from a bag that you may expect to see at a work potluck, make something more unusual. The Pioneer Woman’s cornbread dressing puts a bit of a twist on the classic dish by using cornbread instead of regular bread, and adding sausage and apples.

4. Sweet Potato Casserole: When people don’t want to wait until dessert is served to get a few bites of something sweet, they’ll appreciate a sweet potato casserole. The candied pecan topping is to die for, and the buttery sweet potatoes underneath are delicious as well. 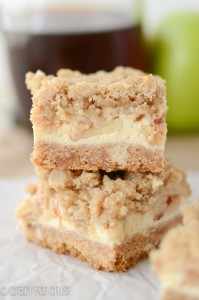 5. Apple  Cheesecake: Rather than debating whether to make an apple pie or a pumpkin cheesecake for dessert, surprise people with these apple cheesecake bars. If you’re pressed for time, you can even start with a store-bought cheesecake and just make the apple cinnamon topping.

If you’re the one planning the Thanksgiving potluck, you have a few additional responsibilities besides bringing your dish. You’ll need to print out Thanksgiving invitations so people know about the lunch. It also may be worth assigning a specific type of dish to each person so you don’t end up with a whole buffet line of pies. You can even recommend some of these recipes to people who may be willing to cook them!

Use Summer Border Paper For Your Next Party