Celebrity Wedding or Do It Yourself Wedding? You Decide 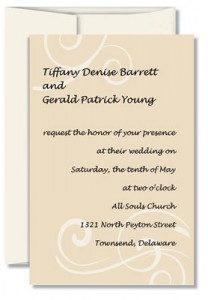 If you are planning your wedding, you may dream about having the type of lavish wedding that celebrities often do, but when it comes down to it, while you want your wedding to be beautiful and memorable for all who attend, excessive spending does not equal happiness or a good marriage. Do-it-yourself (DIY for short) weddings are becoming more and more popular because it can be very expensive to hire professional wedding planners who will charge you a great deal of money so you can relax and not have to worry about the millions of minute details that go along with a wedding. Instead of offering you some DIY wedding ideas, let’s take a look at some celebrities who did not do it themselves and spent millions on their special day.

Here is a list of some of the most expensive celebrity weddings of all time starting with the most recent (and now infamous) celebrity wedding. Depending on the source, estimates of Kim Kardashian’s wedding to NBA player, Kris Humphries, run from $6-10 million dollars. Some reports claim that the couple really did not end up spending that much money at all because so many vendors paid her to use their product that day. It is rumored that her hair and makeup (and grooming) that day cost over $150,000 alone. Most people hate to spend $40 for a haircut! The bad news: Kim filed for divorce after 72 days of marriage.

If you are planning a wedding, do-it-yourself weddings are less expensive and you get to make all the decisions to make your special perfect. PaperDirect is your one-stop online shop for everything you need including wedding invitations, wedding thank you cards and even wedding program paper!

Wedding Save the Date Magnets

How To Prepare For a Couples Wedding Shower